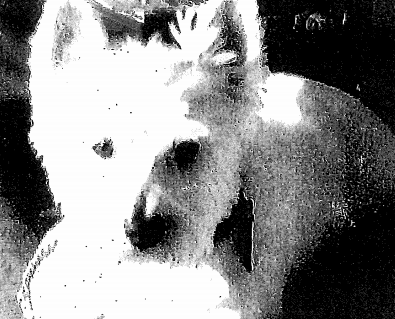 Christians often seem to define their faith by a list of things they do NOT do. There are a myriad of problems with this. At the very least such an approach makes Christianity seem more like bad news than Good News! One associate, who was proud of the many things he did NOT do, was fond of sharing that he did not smoke, drink, swear, dance or run around with loose women. To which I informed him that although my best friend has that same list of credentials," I was quite certain that he would not consider him a Christian, even though he consistently points me to God. Curious, my associate asked about my best friend. To which I responded it is my dog." Most of us recognize these "godly" traits such as faithfulness and loyalty, that are inherent in our furry "best friends.” Atheist Bertrand Russell once was asked what he would say to God if confronted by Him in heaven: Russell responded, "I would ask God why he showed so little evidence of His presence.” During the Hebrew Passover, the word, Dayenu, “it would have been enough,” is spoken in the context of all that God has gifted His people with. This word follows such blessings as the Promised Land; the 10 Commandments; the freedom from slavery and other such dramatic signs of God's Presence. For someone like me, I would add my dog, Dayenu, he truly is enough” proof of a loving Creator's Presence.

The sight of your half-cocked

Or your shining eyes or drawn back

Your desire to please in the ever exuberant

Or the sometimes demanding

So easily quieted with a much cherished

Pat to the head

You diminish my constant neediness with your instant satisfaction

In the simplest of pleasures

For that makes me realize what really

Your other worldly way of communicating

The unconditional way you

Who are so good at laying around

Would without a thought Lay it all down

There must be a God

For only a God could possibly be bold enough to change

And challenge my world

With one such as You.